The sixth Safe Haven Baby Box in Arkansas – and 82nd in the nation – is set to go live Sunday, Oct. 10 at Maumelle’s Fire Station 1, 2000 Murphy Drive, with a public unveiling set for 2 p.m.

The Safe Haven Baby Box is a device that allows parents to surrender their newborn infants that are less than 30 days old anonymously and safely near fire stations or other first responder stations. In addition to Arkansas, Safe Haven Baby Boxes are located in Indiana, Ohio, Kentucky, Florida and Arizona.

“As we anticipate the reversal of Roe vs. Wade and the need for life-affirming options for mothers unable to parent, Safe Haven Baby Boxes provide mothers a safe and anonymous surrender of their newborn for adoption into forever families,” said Mimms.

Mimms said the Arkansas Right to Life Safe Haven billboard campaign is funded through donations, adding that the Knights of Columbus organization has been instrumental in providing sponsorship and funding for several billboard locations.

The Safe Haven Law, enacted in Arkansas in 2001, is designed to protect babies from being hurt or killed from abandonment by parents who are unwilling or unable to provide parenting. Under the law, a parent may surrender an infant 30 days or younger anonymously at a hospital emergency room or law enforcement agency, but in 2019 the law was amended to include manned fire stations as a surrender location. The amended law sponsored by Arkansas Sen. Cecile Bledsoe and Rep. Rebecca Petty also approved the installation of safety devices at surrender locations.

Mimms said the billboard campaign’s purpose is threefold: 1) to educate the general public and parents about the Safe Haven Law, 2) to advise manned fire departments that they are now an official surrender location and 3) to promote the option of Safe Haven Baby Boxes for parents who want or need total anonymity in the safe surrender of their baby.

Every state has a Safe Haven Law, but provisions vary from state to state, said Mimms. The Arkansas Safe Haven Law allows a parent to bring a child 30 days old or younger to an official surrender location without facing prosecution of endangerment and abandonment of a child. The law does not prohibit prosecution for abuse or neglect of the child that occurred before the child was given up to a medical provider or law enforcement agency.

Once a baby is surrendered, the Arkansas Department of Human Services Division of Children and Family Services (DCFS) is contacted immediately and the child is treated medically. DCFS will assume responsibility for the child and place the child with a “forever” family.

The DCFS maintains a website, public service announcements, and materials in both English and Spanish to help educate the public about the Arkansas Safe Haven Law.

“Arkansas Right to Life joins the effort with our support of the law to add manned fire departments and the installation of safety devices in Arkansas through our educational billboard campaign,” said Mimms.

For more information or questions about the campaign contact Mimms at (501) 663-4237 or email artl@artl.org. 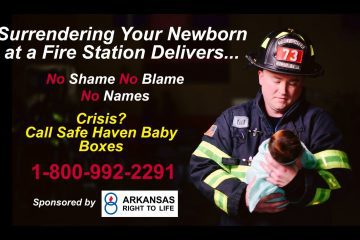 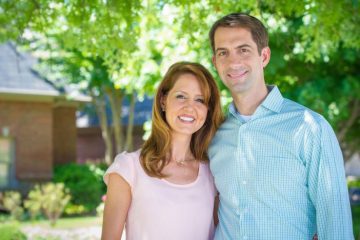 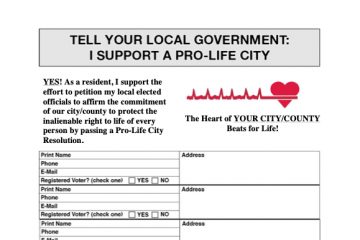 Act 392 of 2021 signed by Governor Asa Hutchinson affirms the right of municipalities to declare themselves Pro-Life. While these resolutions are non-binding it still makes a clear statement to all of the Pro-Life position Read more…